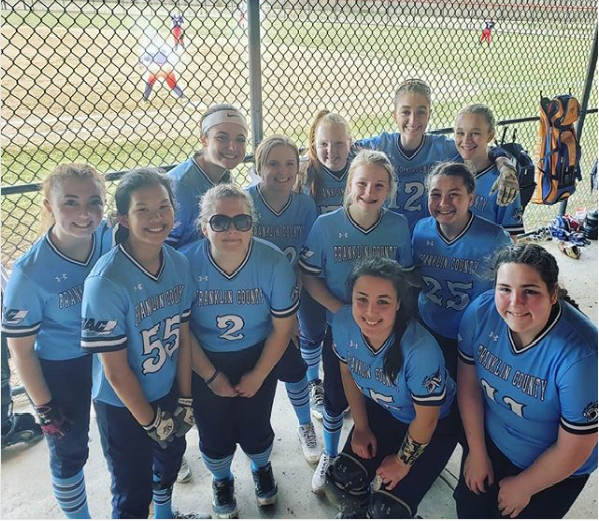 After some early inning struggles, Franklin County’s bats came alive and carried the Wildcats past the Talawanda Braves by a score of 13-3.

The first few innings were dominated by the pitchers inside the circle for each team. Michaela Ferman and Ashley Earwick both had good starts to the game for their respective teams.

Talawanda struck first in the bottom of the first inning where they led off the inning with a walk by K. Barger. She eventually made it to second on a wild pitch, and then scored on a double to right field by K. Haven to give the Braves an early 1-0 lead.

Winning pitcher for the Wildcats was Michaela Ferman. She pitched a complete game, going six innings, allowing four hits, three runs, all earned, and striking out eight. Kay Kay moves to 1-0 on the season.

Losing pitcher for the Braves was Ashley Earwick. She pitched six innings and struck out eight.

Wildcats were led in hitting by three different players with three hits. Abby Orschell had three singles and a walk with one RBI. Camryn Brewer had a single and two doubles with three RBIs. Laura Hildebrand had two singles and a double with two RBIs.

Franklin County (1-0) will be back in action on Wednesday, April 3rd when the Wildcats will take on the Bulldogs from Centerville High School (0-0). Come out and catch a glimpse of the Wildcats in their home opener!

Sectionals
9:00 am
View All Events