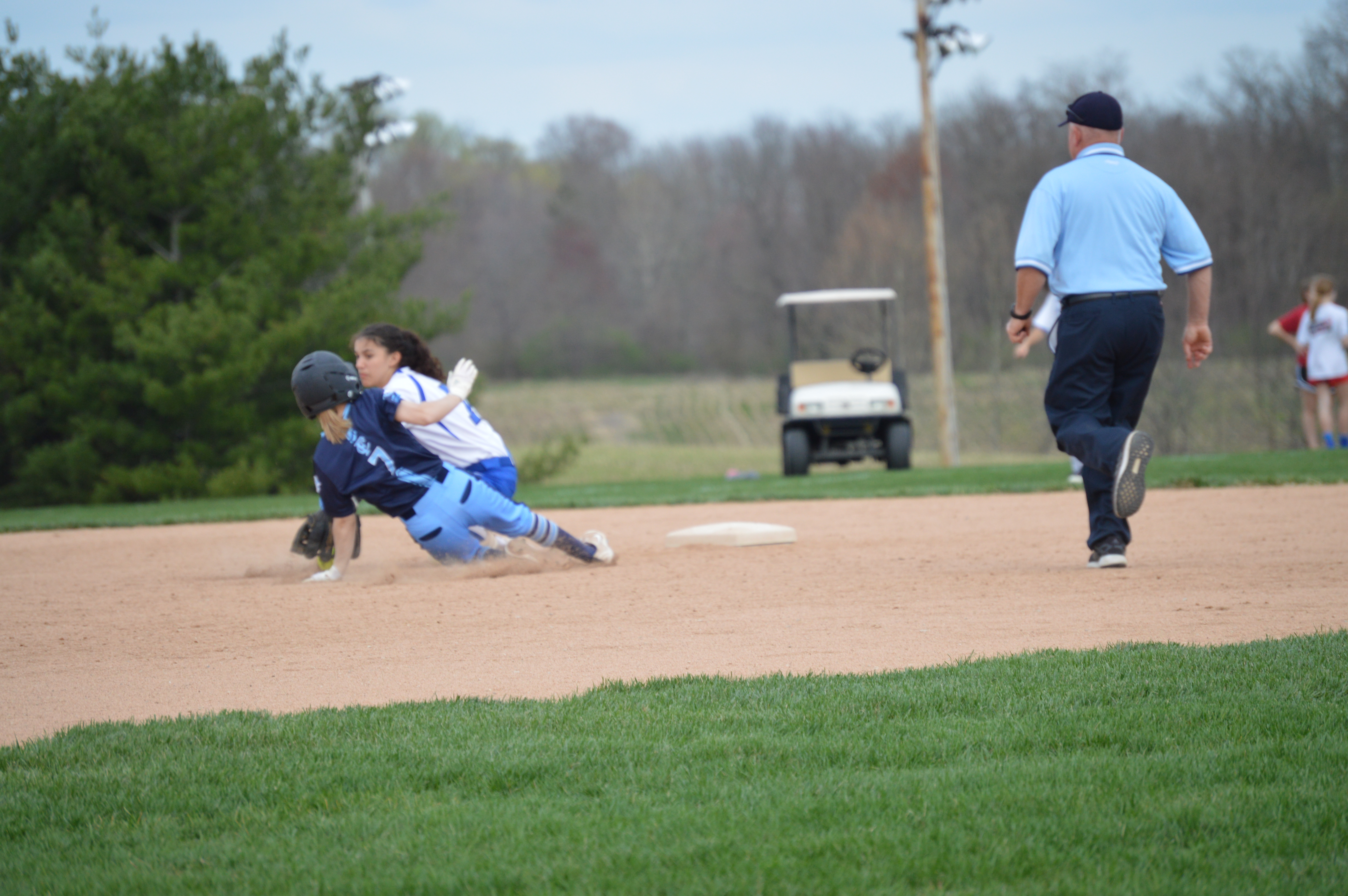 Franklin County was in control of the second game of the double header all the way up until the seventh inning, when the Patriots erupted for four runs to take the lead. The Wildcats played a much better game defensively in game two, but they just couldn’t keep up with the high powered offense of Union County to win game two.

Franklin County got off to a good start when they got their first lead of the game in the bottom of the first inning. In that inning, Camryn Brewer would reach base on a dropped third strike and then steal second base. Next Kloe Bolos would score Brewer on a single to left field which would be followed by a Kay Kay Ferman double to make the score 2-0.

The Patriots would score two in the top of the third, but then the Wildcats would answer back with two runs of their own in the bottom of the fourth to regain the lead. The inning would start with back-to-back errors by the Patriots to give the Wildcats two runners to start the inning. Woods would bunt and reach on an error, and she would then steal second. Next Morgan Bare would also reach on a throwing error that would allow Woods to score. Bare would advance to second on the same error, and then she would reach third on a ground out. Hadlee Hornsby would then hit a sacrifice fly to right field to score Bare and give the Wildcats the 4-2 lead.

The Wildcats would not score anymore on the game and the Patriots would gain the lead in the seventh inning to get the victory.

Tori Russel got the victory for the Patriots in the circle. Camryn Brewer took the loss for the Wildcats going 7 innings and allowing 10 hits, 7 runs, 3 walks, and 7 strikeouts.

The Wildcats were led offensively by the following players:

With the two loses in the double header, Franklin County falls to 6-3 on the season. The Wildcats will be back in action on Monday evening when they take on EIAC foe East Central. First pitch is scheduled for 5 pm.