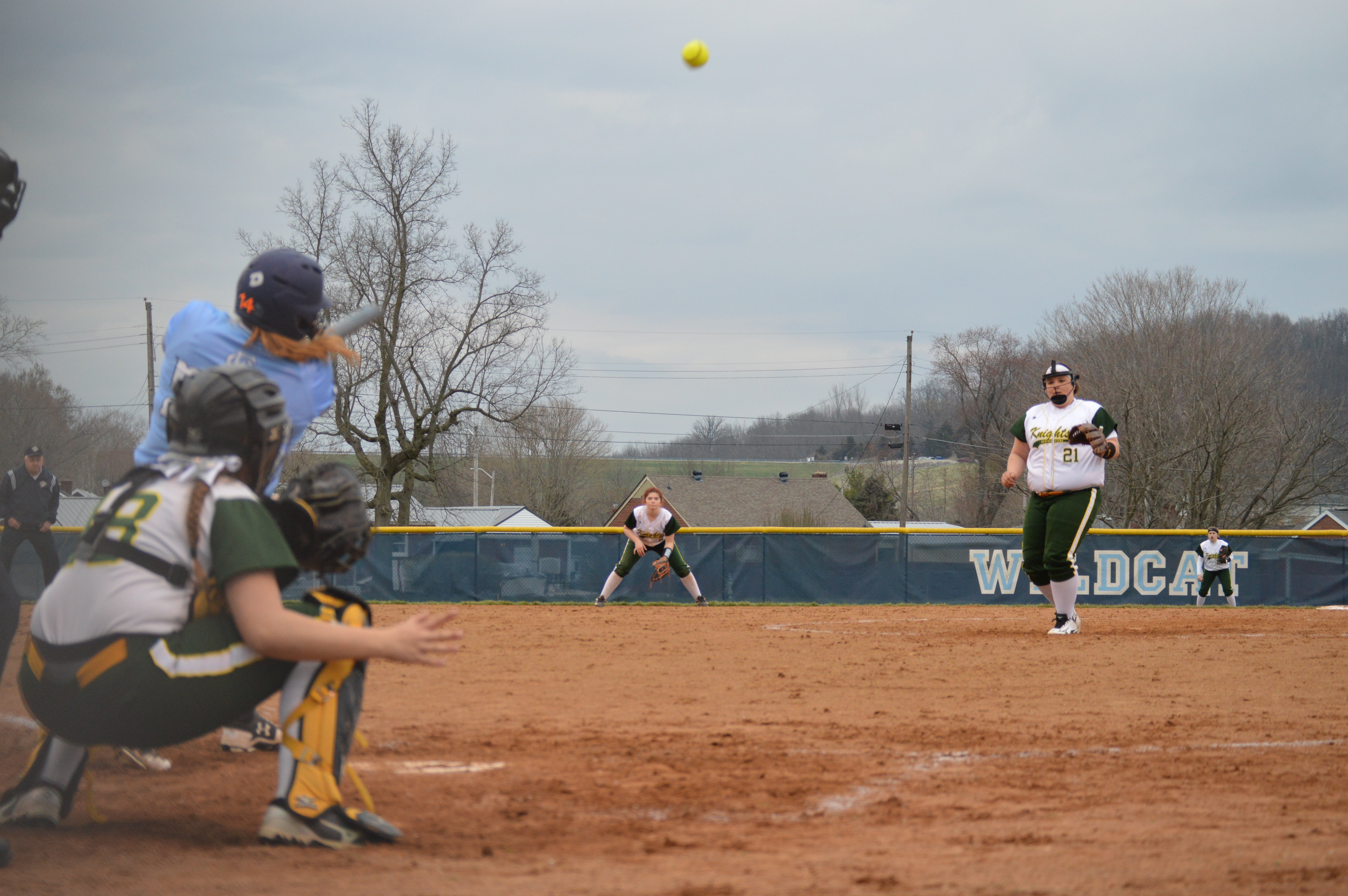 Franklin County fell to Connersville on Friday night by a final score of 13-5. Even though the score may not reflect it, the Wildcats brought a much improved effort on Friday night and showed some fight which they hadn’t shown in recent games.

The Wildcats were able to get off to a great start in the top of the first inning when they were able to push 3 runs across in the frame. The game was led off with a lead off triple to right field off of the bat of Abby Orschell. Makaylee Woods would then lay down a bunt that would be thrown into right field and allow Orschell to score and Woods to move to second, making the score 1-0. Then with 1 out, Kloe Bolos would reach on an infield single, but Woods would be forced to hold at third. Then the Wildcats would execute a walk off steal to perfection as Bolos was able to get to second on the play, and Woods was able to slide in ahead of the tag for the Wildcats, making it 2-0.

Ferman would then reach on an error, giving the Wildcats another runner. Morgan Bare would follow up with a single of her own, allowing the Wildcats to load the bases. Kloe Bolos would score on a wild pitch during the next at bat, but then Connersville pitcher Jerri Ellis would record the next two outs to leave the score at 3-0.

The lead would not last long though as Connersville’s offense was even hotter. The Spartans were able to get 15 hits in the game, and score 13 runs. They would score 4 in the first, 3 in the second, and 6 in the bottom of the fourth for their 13 runs.

The Wildcats would get a run back in the top of the third off of the bat of Michaela Ferman. Ferman hit her second home run of the season on a line drive over the left field fence to cut the deficit to 7-4 at the time.

Franklin County would threaten in the top of the seventh inning, but Connersville would hold the Wildcats to one run scored in the inning. Abby Orschell would begin the inning by reaching on an error, and then would come around to score after back to back singles off of the bats of Makaylee Woods and Camryn Brewer, making it 13-5 which would remain the final score.

The Wildcats will be back in action on Monday night when they head to Lawrenceburg to continue their extended road trip. First pitch in that contest will be at 5:30pm.