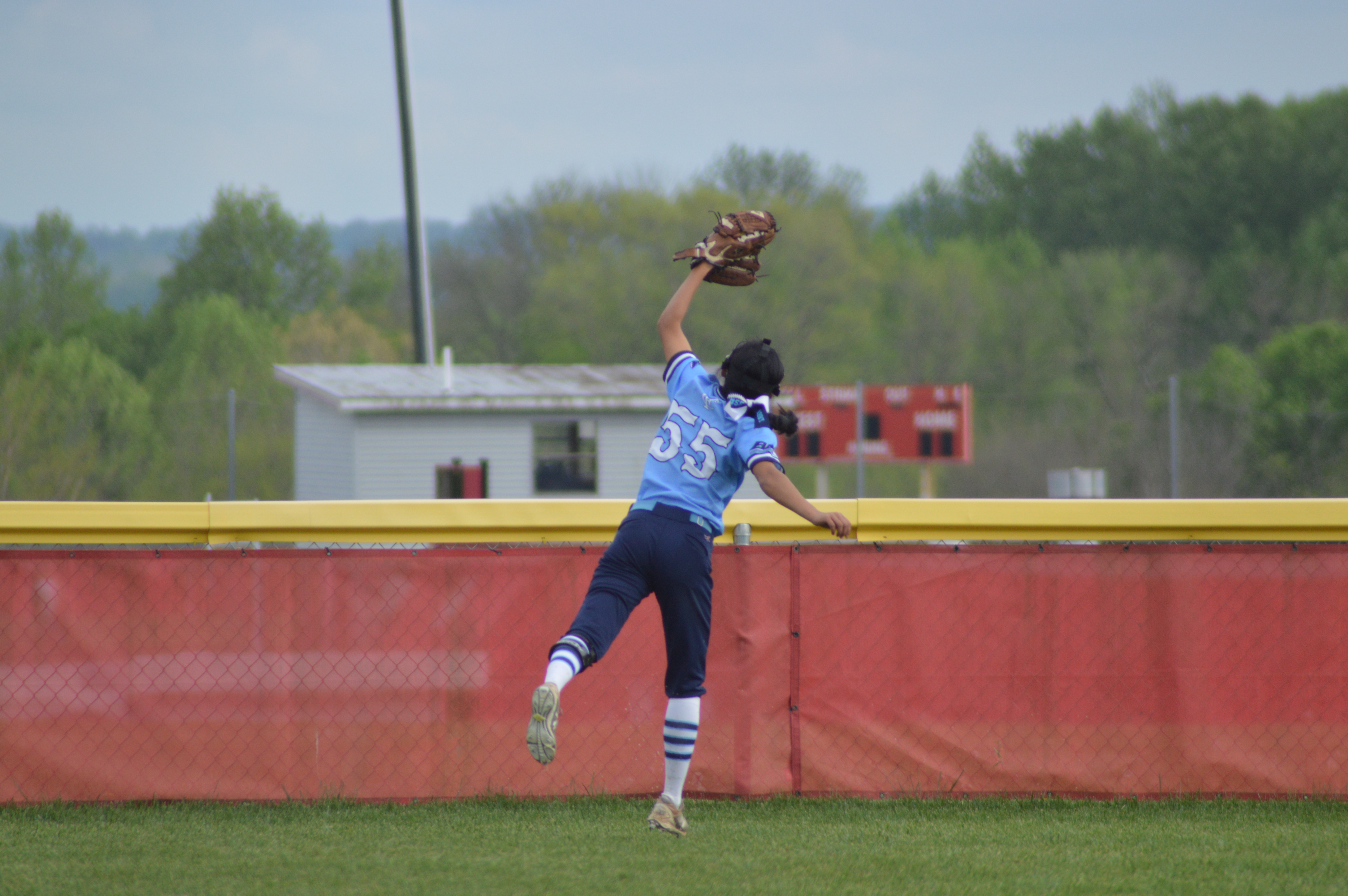 In their final tune up prior to sectional action, the Franklin County Wildcats fell to the Union County Patriots by a final score of 7-1. Playing one of the most high-powered offenses on their schedule, Franklin County was able to keep the Patriots in check for a lot of the game; however, eventually the talent of Union County won out and they were able to put some runs on the board. The Wildcats bats were also held relatively silent by the pitching of Fayth Hill, and the Wildcats also had a few untimely errors that allowed the Patriots to score a few more runs than they should’ve.

Michaela Ferman got the start for the Wildcats, throwing the complete game and going 6 innings. She scattered 10 hits, allowing 7 runs (5 earned), while striking out 4 and walking 2.

The Wildcats lone runs was scored in the top of the fifth inning. Bree Bischoff led off the inning with a single, and was moved over to second on a sacrifice bunt by Sarah Bare. Then with two outs, Abby Orschell singled up the middle to score Bischoff from first and give Franklin County their lone run of the day.

The Wildcats will now travel to Madison for their first round of the IHSAA tournament when they take on the South Dearborn Knights. Franklin County’s game will be game 2, which is scheduled to start at approximately 7:30 pm. Come make the long drive to Madison to cheer the Wildcats to a Sectional Championship.