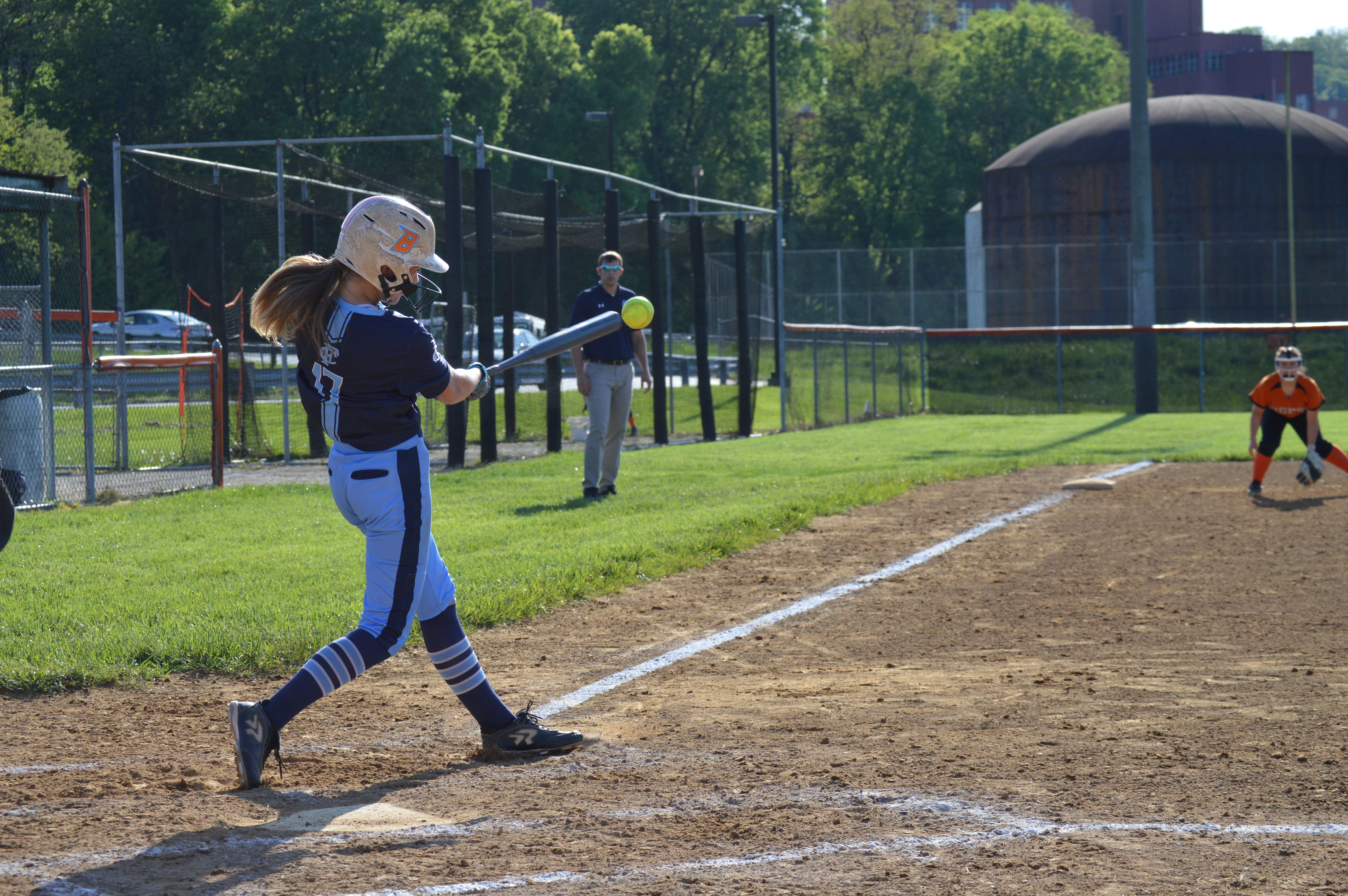 Despite the cold, windy, and wet conditions in Hartford City by the time the consolation game started around 5pm, the Wildcats offense had stayed hot after a one game break to erupt for 10 runs in the top of the first inning against Blackford. Franklin County never looked back as they went on the defeat the Bruins by a final score of 17-4. Game temperature was around 50 degrees at first pitch, but as the game continued the rains steadily got harder and the wind gusts continued to blow, it felt more like late season football weather rather than softball weather.

The Wildcats didn’t let the cold temperatures and rain affect their offense as they had 16 hits in the game and scored 17 runs in the victory. The only blemish on this game for the Wildcats were a few defensive lapses throughout the contest resulting in 3 errors.

Camryn Brewer pitched excellent for the Wildcats in the circle to earn the victory. She threw all 5 innings for FC, only giving up 3 hits, 4 runs (1 earned), and 3 strikeouts. Brewer was also very pitch efficient in the game, only throwing 67 pitches total.

Franklin County will be back in action on Monday evening as they host Cambridge City Lincoln in the Wildcats final home game of the season. It will be senior night tomorrow so we’ll be honoring our two seniors (Abby Orschell & Morgan Bare) prior to the game. First pitch is scheduled for 5 pm. Come out and support the seniors and the rest of your Wildcats in their final home game of the season!