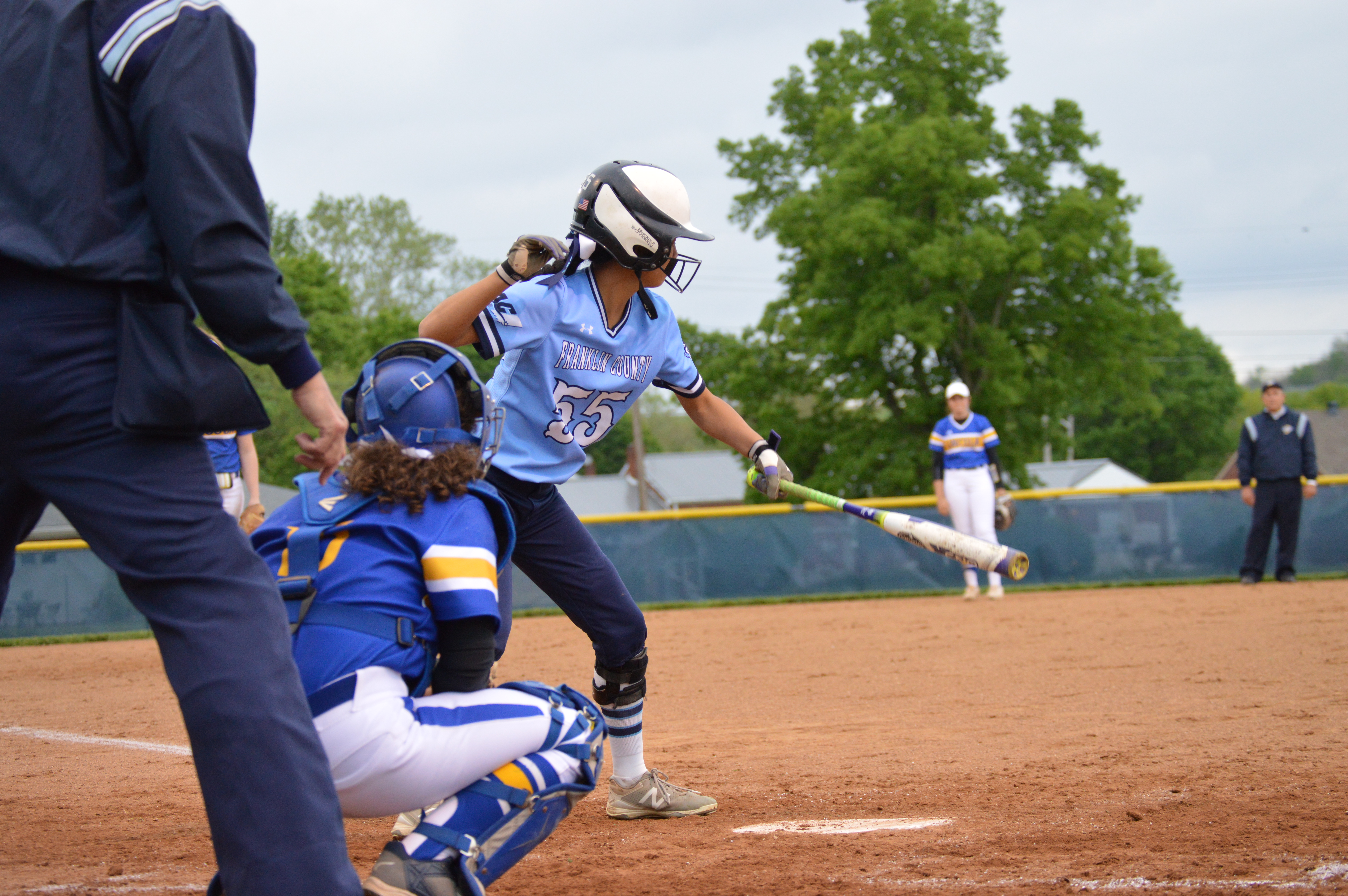 In their best effort of the season, Franklin County led most of the game before East Central stole the game in the bottom of the seventh inning to get the win by a final score of 6-5. The Wildcats showed very good poise and discipline at the plate and a season high 20 quality at-bats (3 pitches after 2 strikes, 6+ pitch at bats, extra base hits, hit by pitch, walks, sac bunts, or sac flys). The pitching of the Wildcats was also spectacular with Michaela Ferman doing a great job of keeping the high powered East Central offense in check for most of the game. The one area the Wildcats could still improve on is on defense as they continued to make errors on plays that should be made.

Franklin County gained the lead in the top of the second inning when Makaylee Woods started off the inning with a walk. She would then advance to second on a ground ball to first, but the out would be the second out of the inning. The next batter, Laura Hildebrand would draw a walk, before Karlie Hahn would bloop a single into shallow right field to score Woods from second and allow Hildebrand to advance to third. Abby Orschell would get a single of her own to drive in Hildebrand and give the Wildcats a 2-1 lead.

The pitchers would dominate the next few innings until the fifth when Franklin County would score again to add to their lead. Morgan Bare would draw a 1 out walk to get the first base runner of the inning for the Wildcats. Next, Camryn Brewer would drive a double into deep left to advance Bare to third. Ferman would draw a walk to load the bases. Then Bolos would score the run in the inning for the Wildcats as she grounded out to second making it 3-1 in favor of Franklin County.

Ferman’s pitching line in the game was 6 2/3 innings pitched, she scattered 10 hits, with 2 walks, 6 runs (4 Earned), and recorded 7 strikeouts.

Franklin County will be back in action on Thursday evening when they head to Greensburg to take on the Pirates. First pitch is scheduled for 5:30 pm.