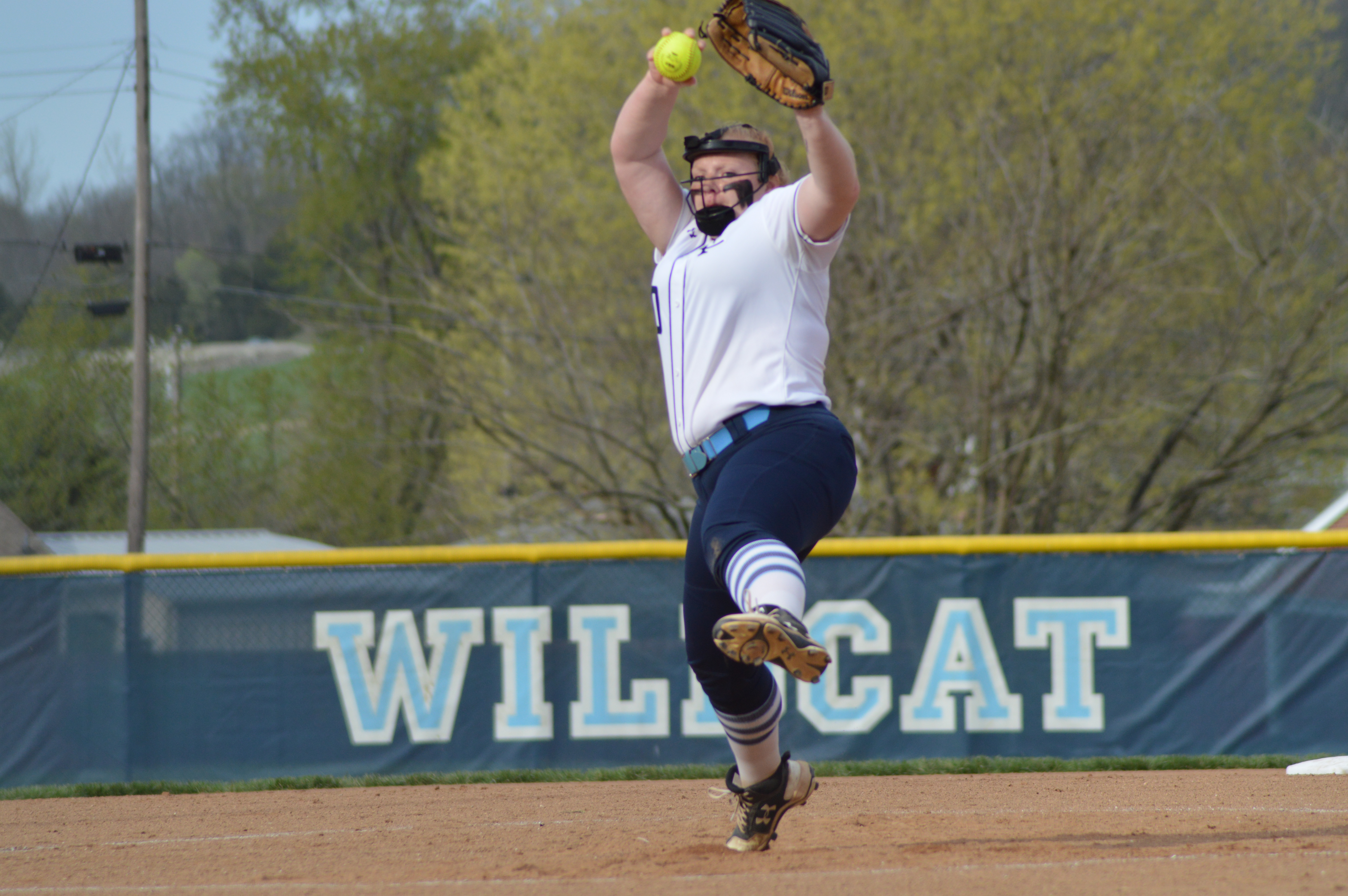 Franklin County fell to the Connersville Spartans on Monday night behind the solid pitching performance of Spartan senior Jerri Ellis. The Wildcats were held at bay most of the night and couldn’t get much going offensively off of the opposing pitcher. For the game Franklin County only managed to get four hits and one run off of Ellis.

The first run of the game was scored by Connersville on a mental mistake defensively by the Wildcats. With two outs and runners on first and third, Connersville completed a delay steal to perfection. The runner going to second got into a short pickle that allowed the runner at third Hanson to get just enough of a jump on the throw home to allow her to score and make the score 1-0.

Connersville would continue to score throughout the game, putting up 4 runs in the top of the third, 1 in the fourth, 1 in the sixth, and one in the seventh.

The Wildcats lone run would come in the bottom of the sixth inning. Sarah Bare would be hit by a pitch that would allow her to reach first. Kylie Lea would then come in to pinch run for Sarah. Lea would advance to second on a ground out to second, and then advance to third on a ground out to short stop. Then with two outs, Camryn Brewer was able to hit a single back up the middle to score Lea from third and give the Wildcats their only run of the game.

Michaela Ferman pitched well for the Wildcats in the circle. The final score was not a good reflection of how well she pitched today. A couple of tough plays didn’t go her way, but she battled all night and gave the Wildcats a chance. She went all seven innings for the Wildcats, allowing 9 hits, 8 runs (7 earned), 5 walks, and 5 strikeouts.

The Wildcats will be back in action on Tuesday evening as they take on the Greensburg Pirates. First pitch scheduled for 5 pm. JV contest will immediately follow the varsity game.