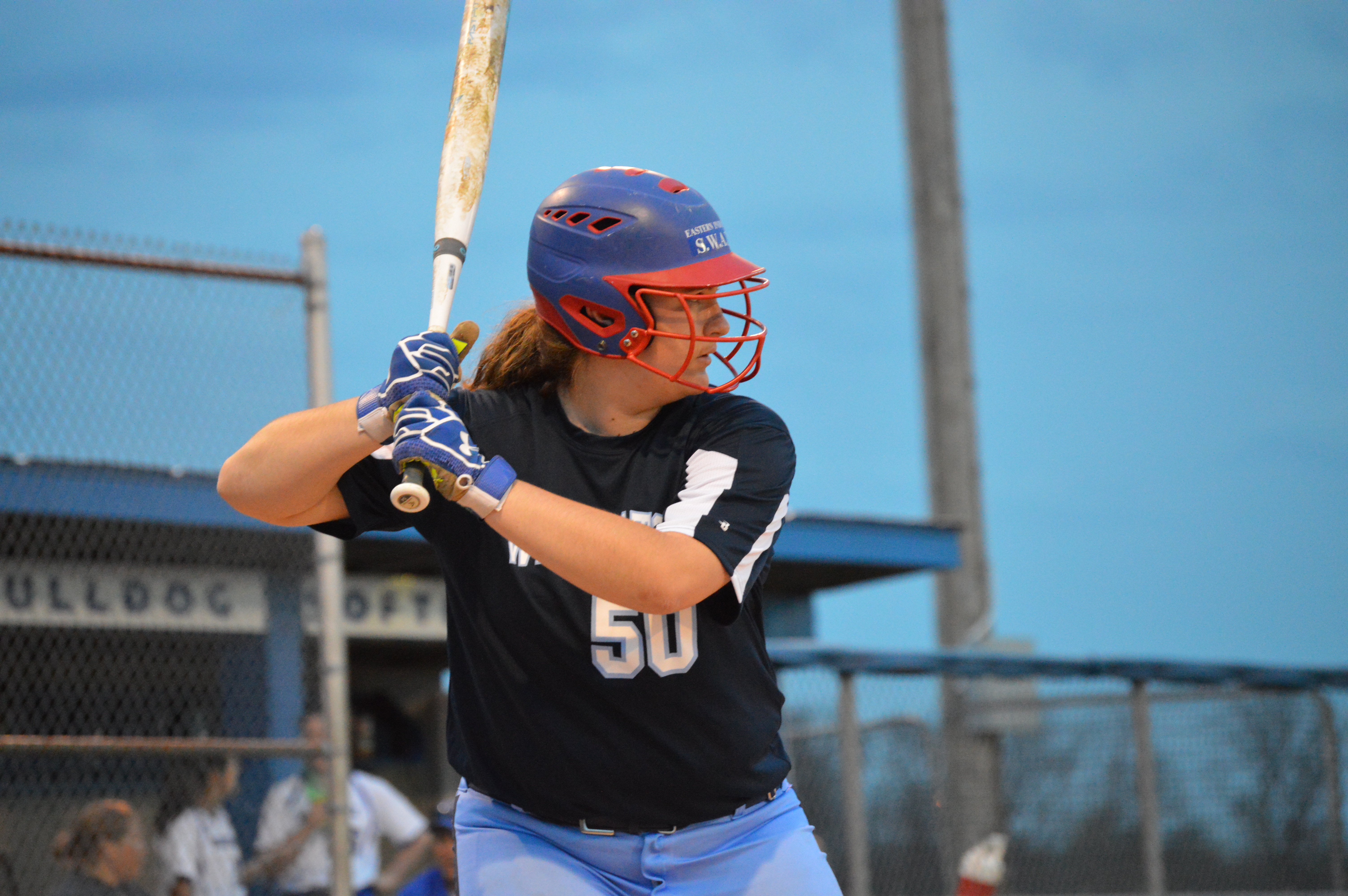 After a good back and forth game between the pitchers for both teams, Anne Becker was able to get the last hit for the Wildcats and give them the victory over South Dearborn. The win improves the Wildcats record to 4-2 on the year (2-1 EIAC).

The Knights got the scoring started with one run in the top of the first. Then Franklin County answered back with a run of their own in the bottom half of the inning. Kylie Lea started the inning off with a walk. Then with one out, Kylie stole second, and advanced to third on a double by Bree Bischoff. Lea would then tie the game scoring on a wild pitch to tie the game at one.

South Dearborn would score two in the top of the second, making the score 3-1. It would remain that way until Franklin County’s half of the third inning. Shaden Galyen would walk with one out to give the Wildcats a base runner. Shaden would then advance to second, and then to third on back-to-back wild pitches before scoring on Bree Bischoff’s fielder’s choice to make it 3-2. Bischoff would reach first on the play. Bischoff would then steal second base, and then with two outs she would advance to third on a wild pitch. Emily Wendel would then drive a single to right field to tie the game at 3-3.

The game would remain tied until the last inning when the Wildcats would capitalize on Anne Becker’s heroics. Kiya Rains would start the inning off with a leadoff walk for Franklin County. Rains would then advance to second on a wild pitch, putting her in scoring position. That would bring Anne Becker to the plate for the offensive play of the game. Anne would double on her 2-0 pitch, sending it deep into center field. Kiya Rains would score on the play, giving the Wildcats the victory.

Wildcats JV will be back in action on Tuesday night when they take on EIAC foe Greensburg at home. First pitch will immediately follow the varsity game which starts at 5pm.

No Events This Week

Events are added by athletic staff.
View All Events