On Friday the boys and girls track team traveled to East Central to compete in the East Central Track Invitational.  It was a warm day with a crisp cool wind.  There were going to be teams from all over the tri-state area there; from Ryle, KY  to Moeller, OH to New Albany, IN to familiar schools like Batesville and Greensburg.  Taking a glance at the seed times, one could see that the competition was going to be fierce.

I’ve noticed something about Jacob Schatzle.  As the competition ramps up, his demeanor changes.  He locks in.  The other coaches see it too.  “Jacob’s ready.  This could be scary good.” said one coach.  His warm-up jumps were smooth and explosive.  He just needed to stick a good one off of the long jump board.  As a long jumper gets faster, the steps can change.  Jacob has been getting faster all year so it’s always a challenge to get on the board at full speed.  His first jump was one of the best jumps I’ve ever seen.  But he was over the board by an inch; scratch.

His second jump, he hit with speed, popped up in the air, hitch-kicked, and landed.  Each phase a little subpar, besides the speed.  Not a lot of knee drive, didn’t hold, didn’t throw forward especially good.  “Twenty-two seven,” the meet official said.

22 feet 7 inches was confirmed and history was made.  That’s the farthest anyone from FC has jumped in the 31-year history of the school.  NEW SCHOOL RECORD.

His next few jumps were scary.  He was building speed and scratching to the point where he was slipping coming off the board; flying uncontrollably through the air.  He was able to get one more jump in; 22 feet, one-half inch.  That too would have been a school record.

Senior Grace Kruthaupt has been on fire this season.  She has worked so hard in the offseason to become the absolute best she can be.  It’s been inspiring to see.  On Friday, she put her name in the record books.  The 100m hurdles is one of the first races.  The field was highly competitive.  She was going to have to PR just to keep up.  She has just started to be able to three-step all the 10 hurdles in a 100m race.  Something that takes a lot of courage, rhythm, timing, strength, and speed.  The gun went off and she was over each hurdle.  Three step and another three step and another three step.  She was in rhythm and was looking smooth.  Then another gun went off in the middle of the race.  We knew what that meant.  The timing tent didn’t get the time right.  They finished the race and we gave the news to Grace.  She was going to have to run it again.

The second time, Grace was even better.  Rhythmic and fast.  Her hurdle coach had a hand time and said, well that’s probably not right.  That’s usually a good sign that it was a fast race.  We had to wait on the timing tent for a while to update the official times.  I finally lost patience and went to the press box where they had some official results.  I snapped a picture of it and sent it to her hurdle coach.  I ran into her mom on the way to find Grace.  Gave her the thumbs up and went to congratulate her.  I just told her to go see her coach.  They have spent so much time perfecting the hurdles that I wanted him to be the one to tell her.  16.42 was the old record.  16.06 is the new record.  She shattered it. 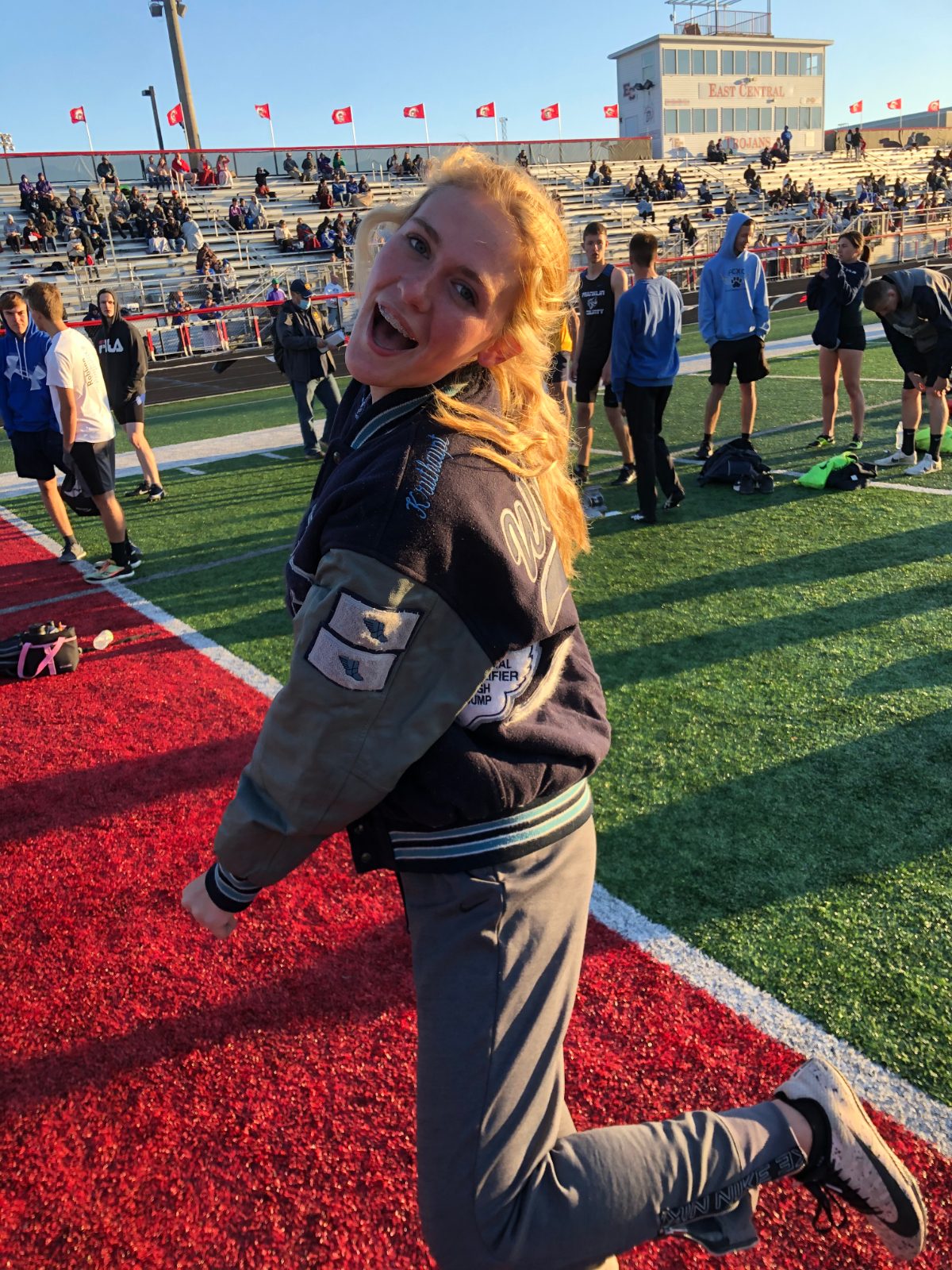 Congrats to these two ALL-TIME-GREATS at FC!!!